2 Comments
Will the First be Last?

All aboard for tax justice…

Last week, the Contextual Theology Centre joined forces with Christian Aid and Church Action on Poverty to hold a debate on the moral imperative for individuals and corporations to pay tax.  It is covered on the latest Sunday programme on Radio 4 (begins at 4 mins 57 secs).

CTC’s Communications Officer Andy Walton blogs on the event and the issues behind it:

Tax is boring. This common misconception seems to be everywhere. Accountancy is caricatured as a dull profession. Paying taxes is bracketed with death. And even HMRC’s own advertising campaign protests a bit too much – “tax doesn’t have to be taxing” they assure us.

This week Christian Aid, Church Action on Poverty and The Contextual Theology Centre offered a radically different perspective. Far from being dull, tax is actually a vital topic of conversation, debate and campaigning. The three organisations held a debate at Christ Church, Spitalfields which was part of a nationwide tour for ‘tax justice’ being undertaken by a converted London bus.

So what’s the problem with tax? Well, according to Christian Aid’s research, more than 160 billion pounds every year is retained by big companies around the world who should be paying it in tax. That’s more than the entire global aid budget. This comes from a mixture of tax evasion (which is illegal) and tax avoidance (which is legal, but morally suspect).

The campaign to highlight these simple facts is gaining momentum. As the global slump continues, more and more politicians, campaigners and NGOs seem to be realising that there is an injustice at the heart of a system which allows so much money to be creamed off and diverted away from the public services it could be used for.

At Christ Church this week we heard powerful testimony and arguments on the issue. The panel was ably chaired by Revd Canon Dr Giles Fraser, who shot to public prominence after he resigned from St Paul’s Cathedral during the Occupy camp. His light touch and probing questions meant we never lost sight of how serious the issue is, but it never felt like a worthy yet dull evening.

In his introduction, Giles described Dr Richard Wellings as the evening’s ‘pantomime villain.’ Richard was happy to play up to this role, espousing his libertarian views and at one point suggesting that all tax was akin to theft. But his contribution was vital – it can’t be taken as read that everyone thinks that big companies should pay their taxes. Dr Wellings made the point that some would indeed see it as a moral obligation not to pay.

Savior Muamba was keen to argue the point with Richard. He is a Zambian campaigner for tax justice who highlights the role played by big mining corporations in his native land. Savior pointed out to the audience that his country needs infrastructute and investment. While private companies are a great way to find this much needed boost, they need to do so through taxation as well as through their creation of jobs and markets. His appeal was simple, “I believe in reality. We saw an increase in educational spending, in healthcare spending when tax dodging became harder.”

Savior was supported by Revd Dr Sabina Alkire from the Oxford Poverty and Development Initiative. An economist by trade, Dr Alkire pointed out that supporting fair taxation didn’t mean a commitment to a large state. In fact, she argued that fair taxation was only the start of a system which allowed people all around the world to reach their potential, “poverty is where human beings aren’t flourishing” she said.

The final member of the panel was the Daily Telegraph’s chief political commentator Peter Oborne. Peter has written passionately about the need for increased integrity and probity in public life. He made clear during the course of the debate that he sees tax dodging as completely opposed to that. And what was Peter’s advice to those who share his disappointment in the corporations? “We have a duty to shame companies that don’t pay their taxes” he said. He repeatedly asserted his Conservative credentials, shattering one of the distortions around this topic. To be an economic conservative doesn’t mean supporting tax dodging. In fact, Peter offered his full-throated support for the campaign.

At this point, one of the most important parts of the evening took place. Having had a chance to hear the debate and look round the tax bus, the audience themselves were then given a chance to have their own say. Led by community organiser David Barclay, we were encouraged to get into groups. David led us through a simple process which is being developed by CTC, called a ‘community conversation.’

The groups introduced themselves to eachother and began to discuss what made them angry about the current system, and about the financial sector more generally. David then asked us to widen our thoughts to include any issues in our local communities which needed reform. He suggested examples such as the proliferation of betting shops and pay day lenders on our high streets. Citing the hugely successful Living Wage campaign, David encouraged us to reconvene in our groups and discuss how some of these issues might be tackled by us building our power as communities and working together alongside the different institutions we’re all part of, such as churches, schools and residents associations.

By the end of the evening, we’d been stimulated to think and to act.

What happens next is the truly exciting part.

Near Neighbours at play

Near Neighbours has funded and supported projects across large parts of east London. But there are many exciting things happening in south London too! One of them is based at Pembroke House.

For nearly 130 years, Pembroke House has served its local community in Southwark. The building is also home to the lively and passionate Church of England parish of St Christopher’s, Walworth.

Near Neighbours was delighted to provide funding to support Eleanor Shipman to be the artist in residence for a six month period at Pembroke House. She has engaged with all sections of the local area and interacted with people young and old. 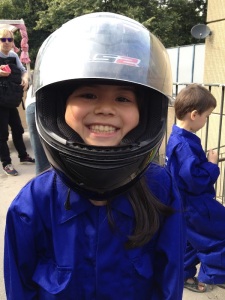 She’s especially focussed on the subject of play, and looked at how people of different backgrounds and cultures can come together when they play – whatever their age! 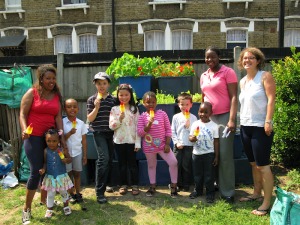 As a way of celebrating and marking all the relationships that have been developed over the last six months Eleanor has put together this film which is highly entertaining:

You can find out much more about Eleanor’s fantastic work by visiting the Play Swap blog.

A new covenant of virtue

The Contextual Theology Centre is one of the partners in Contending Modernities – a major research programme of the Kroc Institute at the University of Notre Dame, exploring the way Christian, Muslim and secular worldviews interact in the modern world.  Our research is focusing on life in east London (an area which has always received large flows of migrants, and has a consequent diversity of faiths and cultures) – looking at the way in which broad-based community organising helps diverse groups discern and pursue a common good.

Last month – at a historic ‘Citizens Iftar’ – one of the first fruits of this research was launched.  A New Covenant of Virtue outlines the theological basis for Islamic engagement in Community Organising, and gives practical examples of this work.  Previous collaboration between the Centre and Notre Dame generated a similar book for Catholic Christians, by Austin Ivereigh.

The Jellicoe Blog will be taking a break in September…and our regular blog on Sunday readings and prayer intentions will resume at the end of the month.